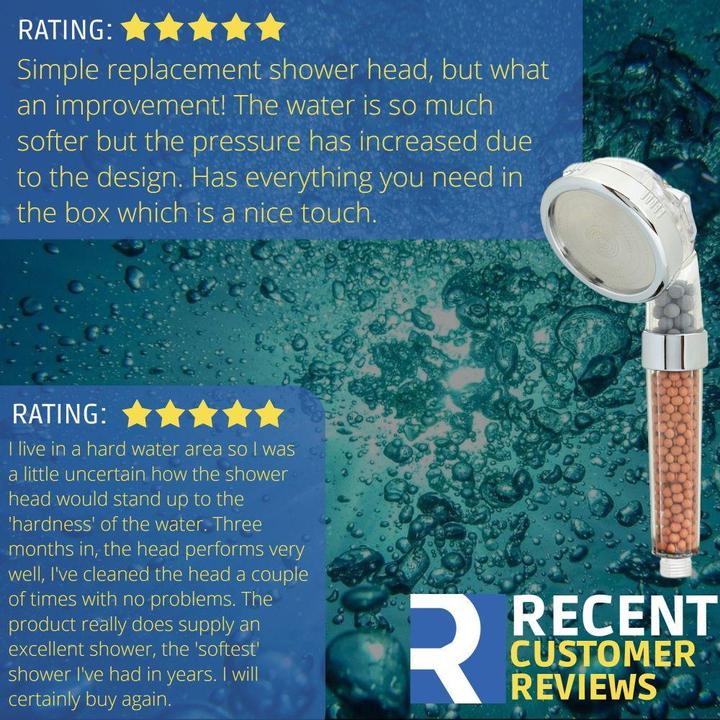 A low pressure shower head can be incredibly frustrating. Every day, millions of Britons wake in the morning only to watch in dismay as water seems to dribble or limp out of the shower head. Low pressure shower heads also have a tendency to work one minute and not the next. This unpredictability means showers last a lot longer, and can make those affected late for work.

But that’s not all. The Ionic Shower Head’s advanced micro nozzle technology also reduces water wastage by an astonishing 30%. Not only will you have a better shower, you will save money in the process.

Looking for a customisable shower experience?

A new shower head, with a shower filter for great health benefits

The Rymerce Ionic Shower Head utilises mineral balls to mimic the natural water cycle and deliver clean, purified water to its users. The result is a great number of health benefits, including reports of improvements to mental health, greater energy levels, and better life satisfaction.

The Rymerce Ionic Shower Head delivers powerful, health-beneficial showers — and will provide a lifetime of joyous showers to users. But it is important to replace the mineral balls every 6 to 12 months in order to get maximum benefit. The Ionic Shower Head 3 Function with a 6/12 Month Refill Pack will give you at least a year of therapeutic, shower satisfaction.